While there are various models and brand names of gas grills all over the world, Char-Broil Gas Grills are one among the most popular. For many years Char-Broil has been known for creating reliable and durable grills that lasts for many generations, a reputation the company has been able to keep since it was established. Various models are available for Char-Broil Gas Grills and they all use infrared technology — each model has an infrared emitter which assures that your food has less chances of getting burned because it works by separating the flame from the food. 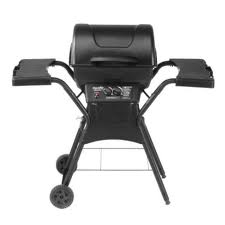 Char-Broil has been a major household name in grilling for more than 60 years now and they still continue to be innovative in grilling design and performance. Char-Broil Gas Grills infrared technology was first introduced in 2008 which has been known as the red technology which efficiently cooks meat with its even heat distribution and locks in the flavors to make your grilled dishes juicier and mouthwatering. Char-Broil is based in Columbus, Georgia, owned by W.C. Bradley Co. Home Leisure Group, a family owned company, now under the operation of the family’s fourth generation. Established in 1948, Char-broil has continually lived up to its reputation as THE manufacturer of reliable and durable grills in the market.