The History of Charmglow Grills 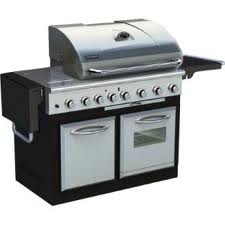 For those people who are not familiar with the existence of Charmglow grills, they should know that they are actually considered one of the most popular and reliable brands of gas grills on the market. To add to this, these grills have been distributed in the market since the 60’s, and those people who were able to experience the function of these early models know that both high quality and good design are just some of the things that users can expect from Charmglow grills.

Some of the models have very catchy names that are really very hard to forget for a lot of people; some of these names are Perfect Host, Master Chef, and even Party Host. As a matter of fact, there are even some model names for these Charmglow grills that were created from the names of their creators.

The popularity and the distribution of these grills is due to the excellent manufacturers of the products; as an example, during the 80’s decade, the company Beatrice Foods decided to manufacture all the Charmglow grills on the market. At present, the needed exposure and distribution are being provided by one of the most popular retail stores in the country which is Home Depot.

Even though the various models are very reliable and durable that they have the ability to last for a long period of time, it is also undeniable that some of the parts of the grills will eventually wear out so it is necessary for users to replace some of the parts once in a while. In addition to the new parts that can be installed to the specific parts of these grills, people can also add different accessories to the various Charmglow grills that are available in the market. 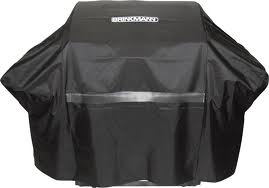 One of the most common accessories that people purchase for their grill is a cover. Covers are very good investments for keeping the condition of Charmglow grills in pristine shape. They are especially important in the winter months to protect them from rain and snow. Some of the other accessories that people purchase to be able to fully use their grills at home are spatulas, brushes and even aprons with funny sayings on them.

Clearly, there are a lot of options that people can choose from when it comes to grill accessories that can be purchased. The real challenge is to be able to choose wisely from all of the options that are available; this can be done by identifying the various accessories that are needed for specific Charmglow grills to be certain that the money that will be spent for these accessories will be worth it.

What Are The Most Common Parts To Replace On Charmglow Grills?

One of the selling points of Charmglow grills is their ability to heat up fast and to uniformly distribute heat to ensure consistent cooking. But just like any other home appliance, these grills also have a life span even though they are known to stand the test of time. Sooner or later, some of the components may get damaged after constant use, and some of the parts may break or rust and need replacement.

That said, it’s important to have a professional check, clean, and maintain your barbecue grill from time to time. Doing this will not only add life to your grill, but it will also save you energy and maintain the quality of your barbecue.

Here is a list of the most common parts to replace on Charmglow grills: 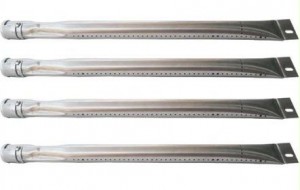 One of the common grill problems is uneven heating or burning. As you may have noticed, burners have small holes where the gas escapes. If these holes are clean and free from obstruction, the flame emitted is bluish in color. But over time, when drippings from the barbecued meat gets into the holes, the holes become clogged and yellow flame is emitted.

Usually, this problem can be easily solved by simply cleaning the burners to take away the clogged particles. But eventually, this method is no longer reliable as the burners will be filled with rust, and the only solution is to get a replacement.

There are two types of problems associated with igniters: clogging and faulty wiring. If your grill is not cleaned regularly, small particles may clog the igniters. And if the grill is not handled with care, some wirings may be cut loose, which result in a defective igniter.

You can easily replace this component, but it’s always wise to consult with a repair specialist to be sure.

As previously mentioned, yellow flame can be the result of a clogged burner. But it can also be caused by a faulty regulator. Either it’s stuck, it’s not adjusted properly, or it’s plain defective.

Aside from yellow flame, you’ll know that your regulator needs replacement if a loud whistling sound is produced and the regulator is causing it.

Hoses can get eaten away by squirrels or other wildlife critters 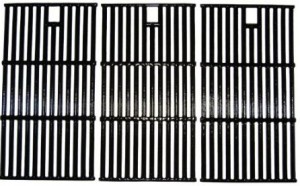 Grates are prone to rusting and corrosion especially if the grill is exposed to a lot of moisture. If there’s a little rust on the grates, this can be easily removed with a wire bristled brush.

But if there’s too much rust, you can’t depend on your grates to deliver the amount of heat you need. So the best solution is to replace them.

The control valve is the heart of the grill. Just as what the name implies, this part controls the flow of fuel that goes out of the burner. It consists of complicated sub-parts that when one of them is damaged, the only solution is to replace the whole valve.

The problem associated with knobs and handles is that they loosen over time. While this can be tolerated, you will have to get used to numerous turning of these knobs before you get the desired result, which is when you know it’s time to replace them.

You’ll either have wheels or casters on your Charmglow grill. Casters can be either stem casters, which have stems sticking out of them that you push up into the frame of the grill, or plate casters, which you bolt to the frame. These can deteriorate just from a lot of use or from extreme weather. Damaged wheels or casters can make it difficult to move your grill around or even cause it to not stand straight. 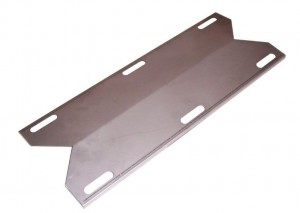 One of the most common parts to replace are the heat plates or they’re also called heat shields. They are very prone to rust and wreak havoc with the even burning that you need to depend on from your grill.